AL East rivals will open a crucial three-game series on Monday night when the Toronto Blue Jays visit the Baltimore Orioles at Camden Yards. Toronto owns the top AL Wild Card spot at 60-48 after splitting a four-game series with the Minnesota Twins including a 3-2 triumph in extra innings on Sunday to cash in as a -173 favorite. Baltimore took two of three from the Pittsburgh Pirates but missed out on a sweep with an 8-1 defeat on Sunday as a -181 favorite, and is now two games out of a Wild Card spot at 56-52.

This will be just the second series between these divisional foes after they split a four-game set in Toronto back in mid-June.

While Toronto was cooled off somewhat from its previous red hot pace, it still managed to split with the first-place Twins thanks to a 10-inning triumph on Sunday. Bo Bichette opened the scoring with an RBI double in the second before Lourdes Gurriel Jr. added an RBI single the next inning, and while Minnesota tied things late, the Blue Jays got the win on Cavan Biggio’s sacrifice fly in the 10th that included a controversial call at the plate. 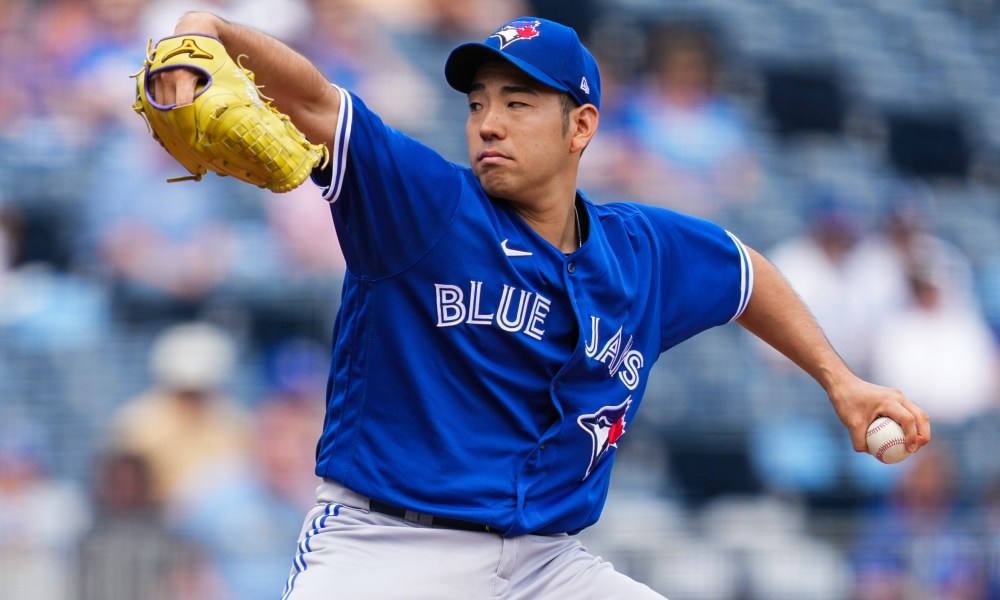 Kevin Gausman tossed six scoreless innings, allowing six hits and no walks while striking out five. Jordan Romano was charged with a blown save for allowing one run in two innings but still earned the win. Teoscar Hernandez had a multi-hit game including a double to help the offense.

Despite the strong record, Toronto is down a big amount on the money line for the season while going 49-59 on the run line. Overs are 56-51-1 for Toronto after Sunday’s low-scoring game snapped a run of three straight overs.

This is the third-highest scoring offense in baseball at 4.83 runs per game on a  .765 team OPS, also third-best in baseball. Pitching is the question for the Blue Jays, as they are mid-pack with a 3.92 combined ERA including a mark of 3.88 from the bullpen.

Yusei Kikuchi will be on the mound for the 19th time, hoping to get a tough season turned around as he’s 4-5 with a 4.86 ERA across 74 innings, although he has struck out 84. The 31-year-old went four innings against the Tampa Bay Rays last Wednesday, allowing two runs on three hits and a walk while striking out five.

Despite selling at the trade deadline, the Orioles just continue to hang around in the Wild Card race, although they were blown out on Sunday as they couldn’t complete the sweep of the Pirates. Jorge Mateo opened the scoring with a solo homer in the third, but the Pirates went up for good in the fifth inning and dominated the rest of the game.

Spenser Watkins took the loss, allowing four runs on four hits and one walk while striking out five across 5.1 innings of work. Mateo had two of Baltimore’s four hits in a tough afternoon for the offense.

No team has been more profitable for bettors on the money line with the Orioles going an outstanding 70-38 on the run line. Overs are 49-53-6 for the Orioles with just one of their last six games going under the betting total.

Offense has not been the strength for the Orioles, who are averaging 4.23 runs per game on a .695 team OPS. Baltimore pitching has been impressive, ranking inside the top 10 with a 3.84 combined ERA including a mark of 3.01 from one of the best bullpens in baseball.

Star rookie Adley Rutschman is already one of the best catchers in baseball, posting 2.6 WAR on an .809 OPS  in just 60 games. Anthony Santander has also provided some pop with a .794 OPS, 19 homers and 59 driven in.

Veteran Jordan Lyles will make his 23rd start of the season after going 6.1 strong innings to beat the Texas Rangers last Tuesday, allowing one run on seven hits and one walk while striking out seven. The 31-year-old, who joined the Orioles in free agency last winter, has gone 8-8 with a 4.20 ERA across 124.2 innings.